The Turn to the Modern in the History of Political Thought

One of the most exciting recent developments in the history of political thought has been the ‘turn to the modern’ – to studying the development of political thinking in the 20th and even 21st centuries.  The ‘turn’ was marked in my time at Cambridge (2010 – 2018) by the rapid growth of graduate interest in the field, at both M.Phil. and Ph.D. levels.  As it took hold, this growth led to more post-doctoral appointments in the field, and, ultimately, to Faculty appointments in both Twentieth-Century and International Political Thought.  Growth at the modern end was not at the expense of everything else: numbers on the M.Phil. were rising anyway.  There has been a falling-off in graduate interest in ancient and medieval political thought, while the 18th century is no longer the centre of attention it once was; but the early modern period remains buoyant, and the 19th century is recovering ground lost in the 1990s and 2000s.  Nevertheless, the proportions are striking: by the late 2010s 50% of students on the M.Phil. were pursuing 20th-century subjects and topics. Among these, Anglo-American and European political thought predominated, but international and global were gaining ground.   Individual thinkers receiving attention ranged from Schmitt and Arendt to Rawls and Althusser; among topics, the history of law, especially international law, attracts increasing interest.  It should not come as a surprise if the pattern is repeated in the new Oxford M.St. 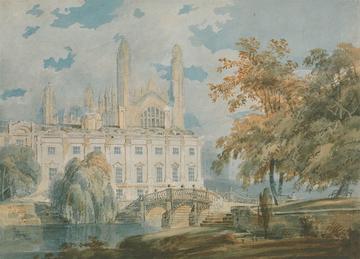 There is no question that this shift of interest to the 20th century has been invigorating for the field as a whole, extending its range and bringing it closer to current concerns.  It has also had methodological consequences, fostering a ‘presentism’ which differs from the methodology first identified with Cambridge in the 1970s.   One manifestation of this is ‘genealogy’, another, ‘political realism’.  Genealogy offers to trace the contingent, conflicted process by which our present concepts have evolved, the emphasis on contingency ‘debunking’ the credibility and legitimacy given by long and supposedly common usage.  So doing, genealogy should preclude simple teleology.  Even so, enquiry tends to focus on concepts which have come to matter to us, foreclosing on alternatives, while enabling the expression of normative preferences.

‘Realism’ appeals because it puts political thought to the test of history, and thence reveals the extent to which political thinking is ideology, serving the interests of those who hold or seek power.  It is attractive to contemporary political theorists, keen to put post-Rawlsian political philosophy to the test of new circumstances, and to broaden the scope of political enquiry to the many issues which have proved recalcitrant to the supposed post-Second World War democratic consensus on growth and welfare.  Applied to the present, ‘realism’ has also been adept at exposing the illusions of identity politics, Europhile and nationalist.  But it is equally an approach likely to appeal to many historians, instinctively ready to subject texts to the ‘reality’ they find in archives.

The potential of these approaches is evident in the work they have informed, not least the wave of new scholarship on Rawls.  Katrina Forrester’s In the Shadow of Justice (2019) and contributions to the Modern Intellectual History Forum ‘The Historical Rawls’, edited by Sophie Smith, Teresa Bejan and Annette Zimmerman, cast Rawls’s achievement in a perspective at once historically revealing and politically critical.  Against the putative universalism of A Theory of Justice, Forrester and Smith underline how limited were its economic and political horizons, rendering its argument obsolete almost as soon as it was published in 1971. Not that all Rawls scholarship is in this mould: articles by Mackenzie Bok and (within the MIH Forum) by Nikhil Krishnan and by Ben Jackson and Zofia Stemplowska approach A Theory of Justice along more traditional intellectual-historical lines, exploring how Rawls came to hold his distinctive positions, and why they impressed so many of his fellow philosophers. 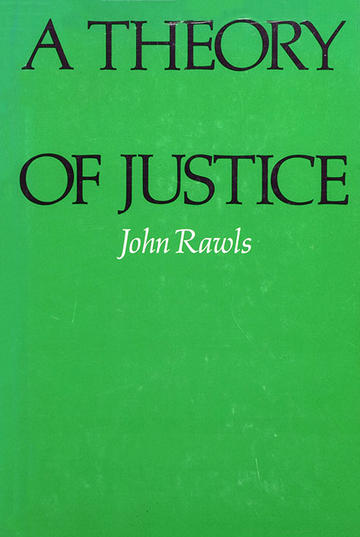 These latter approaches have more in common with the methodology associated with Quentin Skinner and John Pocock in the 1970s and 1980s.  Theirs was an invitation to explore the several ‘languages’ in which past political thinkers have constructed the relations of power in their time.  Those languages would have a legitimating – in that sense, ‘ideological’ – purpose, identifiable by study of their contexts; but the point was not (as it is often misunderstood to be) to confine languages to specific, often short-term, contexts - in effect to pit context against language.  Rather, it was to appreciate the variety of languages in which politics have been imagined, the premises underlying the choice of one language over another, and the contexts which have enabled their articulation.  Such an approach resists the temptation to foreclose the subjects of historical enquiry by focussing on those that matter to political theory now; and it does not distinguish between ways of thinking about politics simply on the basis of their relation to an independently given ‘reality’, elevating a Machiavellian, Hobbesian, Smithian, or Schmittian conception of politics at the expense of others more analytical.  Even if the Rawlsian attempt to rescue political philosophy from the neglect and criticism it faced in mid-century be deemed inadequate, its failure does not invalidate the ambition to think philosophically about politics.

There are, it seems to me, at least three reasons for historians to resist the tendency to let the urgency of the present dictate what is studied as political thought, and to uphold a broader, more catholic approach.  Underlying all three is the conviction that by exploring the variety of languages in which relations of authority and community have been articulated and challenged, historians do justice to the persistent commitment of humans to developing their capacity to grasp the complication of the worlds they live in.

Second, through its focus on the articulation of authority and community, their modes, limits, and conflicts, the history of political thought is in a better position than many to look for connections between the multiplying threads of the increasingly centrifugal discipline that is History.  Of course variety is the spice of scholarship, the opening of new avenues of research (such as 20th – 21st-century political thought) the key to a healthy graduate and post-doctoral community.  But pedagogic coherence, at undergraduate and Master’s level, is also of value, and requires new solutions to sustain.  For nearly a hundred years, Oxford’s Final Honour School of Modern History was held together by its focus on the continuity of the English state, studied across three compulsory papers, and supported by a paper in Political Thought (likewise compulsory until the 1980s).   Such anglocentricity is unthinkable now, but as diversification gathers pace, the challenge of maintaining syllabus structure, and hence disciplinary coherence, intensifies.  To meet that challenge, the history of political thought can play a vital centripetal role, precisely because it seeks the articulation of authority and community amidst the variety of languages in which they are expressed. 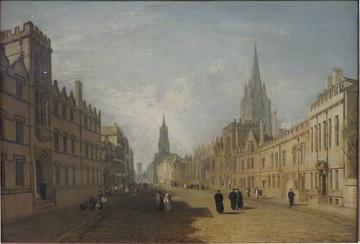 Third, and by extension, a history of political thought open to the variety of languages in which authority and community can be articulated should be a natural participant in the ‘turn to the global’.   To be sure, the challenges to be overcome before there can be global history of political thought are, as for any other western-originating field of history, considerable.  Rather than exporting their existing categories, historians of political thought need to be ready to recognise and translate difference.  Particularly urgent is the need to get beyond the complacent assumption that English is the modern Latin, and that all we have to do is to render others’ concepts into common English, and we have a global discourse. Much more imagination in translation will be needed to do justice to historical and present differences.  But precisely because structures of authority and community are pervasive across human societies, the history of political thought is well-placed to perform a mediating role within a ‘global’ discipline.

Historians of political thought do not set themselves to do what political philosophers and political theorists may hope to achieve: to establish analytic truths, such as a universal definition of justice, in the one case; or to offer reasoned criticism of current arrangements and programmatic guidance in the other.  But by expecting difference, by being open to the sheer variety of languages in which political arrangements have been discussed, they make another contribution.  They reveal options, they explore intersections, they establish how different ways of conceptualising authority and community have been combined or set at odds.  This contribution, essential to the possibility of political and social health, will be lost if the history of political thought is submerged within an undifferentiated practice of intellectual history, and allowed to become the province of Politics alone.

John Robertson is Professor Emeritus of the History of Political Thought, University of Cambridge, and Honorary Fellow of St Hugh’s College Oxford.