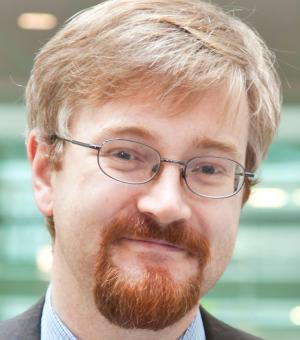 I am a historian of empire and of colonial warfare, with a particular focus on the Russians in Central Asia. My background is in South Asian History, and much of my work compares Russian and British Imperial and military history. I read Modern History at Oriel College, and was then elected to a Prize Fellowship at All Souls College, which I held from 2000-2007. From 2007-2013 I was Lecturer in Imperial History at the University of Liverpool, where in 2012 I was awarded a Philip Leverhulme Prize. From 2014-2017 I was Professor of History at Nazarbayev University, Astana, Kazakhstan, before returning to Oxford as Fellow and Tutor in History at New College, a post which I hold in conjunction with a Faculty post in the History of Modern War. I teach undergraduate papers in European and Asian history, Global and Imperial history, and the history of warfare from ca.1800. 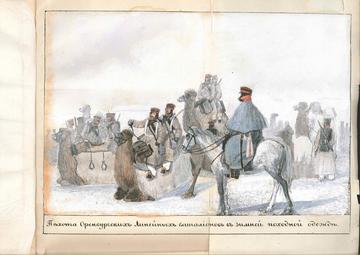 ‘Infantry of the Orenburg Line Battalions in winter garb on the Russian expedition to Khiva in 1839-40.’

Much of my research has concentrated on understanding the nuts and bolts of how Russian imperial rule functioned (or failed to do so) in 19th and early 20th-century Central Asia - the political and administrative history of Russian colonialism. In Russian Central Asia this means a considerable focus on the social background and institutional culture of the military, who administered the region. I also interested in the ways in which the local population engaged with, exploited and suffered from these new structures of power, and in Russian imperial ideologies. In 2019 I published a co-edited volume on the 1916 Central Asian Revolt against Russian rule, and I remain interested in the impact of the First World War on Russian and other European colonies.

I have recently completed a major History of the Russian Conquest of Central Asia, the first in any language for over a hundred years. In it I seek to avoid the grand narrative of the 'Great Game' and return the British in India to the margins of the story, where they belong. Instead the book focuses on the processes of decision-making which prompted the Russian advances, their entanglement with the politics of the steppe and of the Central Asian khanates, the logistical challenges of Inner Asian warfare and the local response, at least as far as this is revealed in Persianate  chronicles. British and Anglo-Indian sources and perspectives only feature on the rare occasions where they were relevant or well-informed. Instead my book, though a series of micro-historical studies of the different phases of the advance, places Central Asia itself at the heart of the narrative.

Future research projects include a microhistory of the Russian sieges of the fortress of Kars in the South Caucasus in the course of the 19th century, a comparative history of Semirechie as  Russian settler colony, an exploration of the literary culture of the Russian Imperial officer corps, and a microhistorical biography of General Alexei Nikolaevich Kuropatkin (1848-1925).

The Russian conquest of Central Asia was perhaps the nineteenth century's most dramatic and successful example of European imperial expansion, adding 1.5 million square miles and at least 6 million people - most of them Muslims - to the Tsar's domains. Alexander Morrison provides the first comprehensive military and diplomatic history of the conquest to be published for over a hundred years. From the earliest conflicts on the steppe frontier in the 1830s to the annexation of the Pamirs in the early 1900s, he gives a detailed account of the logistics and operational history of Russian wars...

'The Russian Conquest of Central Asia'

'The Russian Conquest of Central Asia'

‘The Conquest of Central Asia through the Turkestan Album’

‘The Conquest of Central Asia through the Turkestan Album’

with Berny Sèbe, University of Birmingham

with Berny Sèbe, University of Birmingham

I would like to hear from potential DPhil students regarding European Military History; History of the Russian Empire; Imperial  & Colonial History; Central Asian History          .