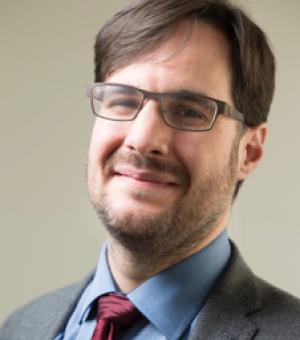 I work on the history of modern China and international history of the Cold War, with particular interest in the politics of science and medicine, including science diplomacy. In both my research and teaching, I aim to challenge simple narratives and dichotomies, situating the history of modern China within domestic, regional, and global contexts, and placing particular emphasis on circulations of and interactions between scientists and scientific ideas.

In addition to teaching and supervision for the Faculty of History and Department of Politics and International Relations, I also hold a Research Fellowship at Wolfson College and co-facilitate academic writing groups for doctoral students and early career researchers at the Oxford Centre for the History of Science, Medicine and Technology and the University of Oxford China Centre.

My research has explored the roles played by scientists and scientific organisations in the early foreign relations of the People’s Republic of China. Examining China’s engagement with international scientific organisations and scientific networks in the developing, socialist, and ‘Western’ worlds, this strand of my research provides new perspectives on the structures and significance of Cold War international science. It also considers the significance of these international activities for the China’s wider efforts at international outreach during the first three decades of CCP rule. Reflecting these research interests, I currently serve on the leadership committee for the IUHPST Division of History of Science and Technology’s Historical Commission on Science, Technology and Diplomacy. My book China and Cold War International Science will be published by Cambridge University Press in 2022.

I have two other ongoing strands in my research. The first explores the disciplinary development of psychology and psychiatry in the early decades of the People’s Republic of China. It aims to chart the contrasting the trajectories of such professionals on either side of the science-medicine divide during the era of high socialism and to elucidate the party-state’s influence on research, practice, and discourses in these ‘psy professions’. The initial phase of scoping research for this project was supported by the John Fell Research Fund, which included fieldwork in Hong Kong, Beijing, and Shanghai.

The other examines British biochemist and historian of science Joseph Needham's China-related intellectual and political networks. In 2015, I was a British Inter-University China Centre Early Career Researcher at the University of Bristol, collaborating with the Needham Research Institute and the Cambridge University Library’s digitisation team on a project to digitise and run public engagement activities based on a unique collection of photographs and documents relating to Sino-British scientific cooperation during the Second World War. Starting in October 2019, I have been a member of the advisory board and an affiliated researcher for the Needham Research Institute’s 3-year Wellcome Trust-funded preservation and engagement project, ‘Science and Medicine in China from World War II to the Cultural Revolution: Sources from the Archives of Joseph and Dorothy Needham’. Material digitised as part of these projects is available via the Cambridge University Digital Library: http://cudl.lib.cam.ac.uk/collections/needham and https://cudl.lib.cam.ac.uk/collections/dorothyneedham.