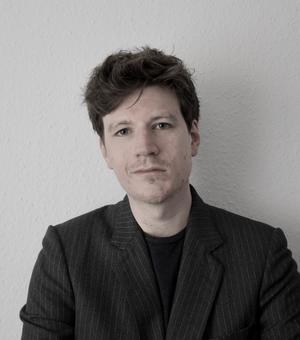 I am a historian of twentieth-century Germany and its relationship to the rest of Central and Eastern Europe. My current book project is concerned with the ‘politics of history’ in the German Democratic Republic, with a specific focus on the political and cultural legacy of the Prussian state. I have also published academic articles on themes concerning architecture, heritage, time and memory in communist Eastern Europe.

Broadly conceived, my research is concerned with time and space in communist Eastern Europe. I am interested in the ways that societies under communism situated themselves in relation to past and future, and how their ideas of historical time manifested themselves in urban spaces and architectural practices.

My current book project has two focusses. Firstly, it is concerned with the legacy of the Prussian state after its dissolution at the hands of the Allied Control Council in 1947. It explores the way that Prussia continued to retain a spectral presence in the politics and culture of East Germany, West Germany and Central Europe up until the 1980s. Secondly, it is concerned with the way that historical narratives were constructed and contested in the German Democratic Republic. It analyses the role of professional historians within the broader cultural-political apparatus of the East German state, as well as the way that historical understandings there were shaped by ‘popular history’ and local heritage initiatives.

I have also published on the fate of historic architecture in communist East Germany. My first article ‘Prussian Palimpsests: Architecture and Urban Spaces in East Germany’ explored the debates that raged within the ruling party and among the citizens of East Berlin and Potsdam about the fate of ‘burdened’ historic buildings. For this article I was awarded the Royal Historical Society’s ‘Alexander Prize’ in 2018. I have also published an article in ‘German History’ which examines the demolition of the Garnisonkirche in Potsdam in 1968.