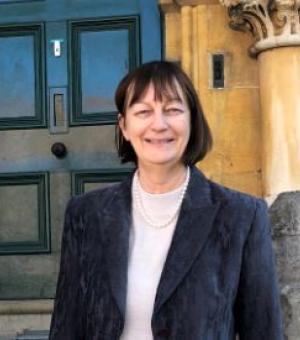 I am Director of Study Skills at Lady Margaret Hall, acting also as occasional Study Skills tutor for a number of other Oxford colleges as and when required, and as Senior Tutor at Harris Manchester during my colleague’s sabbatical terms. A historian by discipline, I teach British History I (from Romans to Normans) and the History of Northumberland and Durham: Saints and Sanctity from Bede to Reginald, and supervise postgraduates who wish to focus on hagiography, medieval Northumbria, or medieval Latin biographical texts.

My research focuses on the religious history of the north of England, especially on Latin manuscripts of saints’ lives produced in the twelfth century in Durham and the subsequent dissemination of the cults of those saints. In 2015, I organized a well- attended conference on Northern English Saints, 600-1500 at Lady Margaret Hall in collaboration with colleagues from the departments of English at Warwick and Oxford Universities. The resulting volume, Saints of North East England 600-1500, published by Brepols in 2017, also contained my paper ‘What a Performance: The Songs of St Godric in the Earliest Manuscripts’. I have several research projects in preparation, and my forthcoming publications include Reginald of Durham’s Life of St Godric of Finchale, a text and translation with notes and commentary (with OMT for OUP, due 2019), and a collaborative edition of the French Life of St Godric, edited jointly with Tony Hunt and Anne Mouron, forthcoming 2019.

My Study Skills tutorials are tailored to each individual, covering most disciplines and including such matters as time management, reading skills, essay writing, how to argue your point, tutorial essays, answering the question, note-taking, revision and planning. In 2014 I was awarded the student-led OUSU teaching award for my work in this field, and was nominated again in 2018.

A collection of essays on saints from the North of England, from 600-1500.

This volume takes an interdisciplinary approach to these north-eastern saints, offering a comprehensive snapshot of new scholarship within the field.