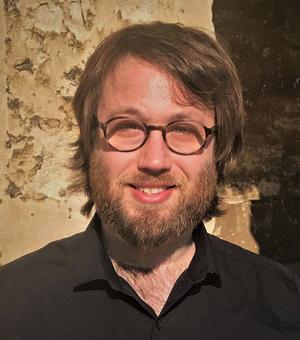 My research focus is European intellectual history during the long eighteenth century (c. 1688-1815). I am particularly interested in the development of new theories of history, culture, and human difference during the Enlightenment. This period saw a flourishing of new ideas about past and present societies. My research explores the emergence and development of these ideas, with particular attention to their relationships to political debates.

I completed my doctoral research on late Enlightenment German historical thought at University College London. As well as turning this research into a monograph, I am currently developing a project on European perceptions of Africa in the late eighteenth century. This focuses on the transnational circulation and interpretation of texts related to Africa among leading French, German, and British intellectuals.

As well as UCL, I have previously undertaken research at the Interdisciplinary Centre for the Study of the European Enlightenment (IZEA) at the University of Halle-Wittenberg and at the Lichtenberg-Kolleg Institute of Advanced Study in Göttingen. In December 2021 I will also begin a six-month postdoctoral fellowship at the Herzog August Bibliothek in Wolfenbüttel.

I am currently preparing a monograph on German history-writing as a form of political thought between 1775 and 1815. The monograph focuses on how historians utilised and developed theories of race, culture, and Enlightenment in response to the tumult between the American Revolution and the Napoleonic Wars. It is the first book-length project to analyze German Enlightenment historiography as a form of political thought. The monograph focuses on the work of four leading intellectuals associated with the University of Göttingen: August Ludwig Schlözer, Christoph Meiners, Johann Gottfried Eichhorn, and Charles de Villers. Having benefitted from broad press freedoms and the institutional prioritization of innovative research, Göttingen was a major intellectual centre of the German Enlightenment. Historians at the university elaborated influential theories of culture and its relationship to historical change. They had a lasting impact on debates around these issues, coining and developing influential concepts including the Semitic language family, ‘higher’ Biblical criticism, and ‘Caucasian’ as a racial category. As well as being intellectually innovative, their ideas were fundamentally political: their analyses were used to interpret and respond to the circumstances of contemporary Europe and the wider world. Indeed, their efforts resulted in influential frameworks that informed key debates around international relations, religious toleration, the slave trade, and imperial projects.

I am also developing a project focusing on how leading thinkers interpreted and utilised sources about Africa and Africans up to the British Abolition of the Slave Trade Act (1807). The project investigates how the critical assessment, circulation, and rhetorical deployment of different sources shaped the generation and exchange of knowledge about Africa in the Enlightenment. Using the work of British, French, and German thinkers, the project considers the relationship between particular sources and political debates, such as that around the abolition movement. One of my central concerns is the development of theories of human difference in the late Enlightenment, and especially racialized discourses about Africa and African peoples. I will pay particular attention to the degree to which different thinkers appreciated – or attempted to appreciate – the diversity of nations, religions, and languages within Africa, as well as their awareness of the history of diplomatic relationships between African and European governments. This is the first project dedicated to understanding the use of sources about Africa during the late Enlightenment from a transnational perspective, and I hope that it will be a significant contribution to current scholarship on the eighteenth century.