Intellectual History and the History of Sexuality

I was originally trained, at Princeton and Oxford, in a tradition of intellectual history attentive both to thinkers' 'lives beyond their books' and to the material conditions of scholarship, in dialogue with fields such as history of the book. After doing significant work on the life and ideas of the early English theorist of male homosexuality John Addington Symonds, I left intellectual history—in part because it didn't seem to be asking the questions about gender and sexuality in which I was interested. To be sure, there is an extant literature that has taken intellectual-historical approaches to sexuality, especially in the medieval and early modern fields, and increasingly in the context of European empires. But in the spaces to which I had access when I was in graduate school in New York, modern European intellectual history both seemed to be defined more narrowly—emphasizing canonical thinkers and a very 'high' version of the history of philosophy and of political thought—and to have a seminar culture that was unwelcoming to those not well-equipped to have conversations about difficult philosophers, especially if such interlopers happened to be young women graduate students. 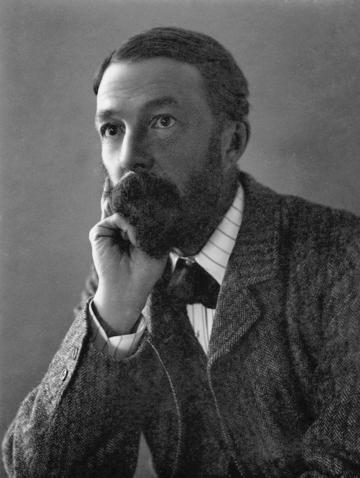 I think, though, that these norms may be changing, at least in the spaces to which I have access. This has led not only to a renewed focus on canonical intellectual-historical figures known for their thinking about sexuality (witness a recent Modern Intellectual History forum on Dagmar Herzog's Cold War Freud), but also to the widening of the bounds of who 'counts' as an object of intellectual history and to new interest in the role of sexuality in the conditions of education, research, and knowledge production. In the process, I have returned to intellectual history: both to a new research project about the intellectual history of male homosexuality in England, and to a collaboration with two colleagues that puts my project in conversation with other approaches to what we have called 'sexuality and erudition'.

I have become especially invested in the opportunities that sexuality provides to reconsider what counts as an intellectual-historical 'context', and to rethink the relationship between 'text' and 'context'. The conditions that shape knowledge production include what else a given thinker was reading, how they read it, what conceptual frameworks they were using to make sense of it, who their intellectual interlocutors were. But they also include why the thinker was coming to that reading in the first place—what their personal and political investments in the subject might have been—and how their personal life, and the lives of others, might have shaped and been shaped by their reading and writing. This is not to say that I am interested in writing biography: rather, I am interested in writing a kind of intellectual history that recognizes that ideas are produced by real people in the real world, people with bodies, feelings, and desires.

Take as an example my new project, tentatively titled 'Intellectual Aristocracies: The Intellectual History of Homosexuality in England, c. 1850–1967'. There has been extensive previous work on the coalescence of a category of male homosexuality in Britain and the British Empire from the late nineteenth century. Following Foucault, but also an activist tradition of scholarship that began with pioneering gay historian Jeffrey Weeks, historians have found male homosexuality in the urban landscape, in bars and cottaging sites; in regimes of policing and persecution; in the emergence of the scientific discipline of sexology; and in a literary history that has emphasized the covert circulation of texts and ideas and has focused on figures like Oscar Wilde. In the process, a story of prosecution and of resistance to oppression has emerged, one that has dovetailed with the inspiring stories of progress often told by the booming British queer heritage sector. 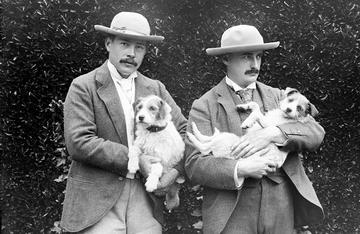 All of these stories are absolutely true, and worth telling. But a focus on subversive opposition to regulatory norms has meant that we do not know as much as we might about how, in precisely the period in which homosexual subcultures and the concept of a hetero/homo binary cohered in Britain, men who self-identified as homosexual found an untroubled home at the heart of Britain's elite institutions, and made important contributions to the intellectual history of homosexuality. Men who lived and worked in elite single-sex education, in particular, drew in rich and varied ways on the Greek and Latin languages and literatures at the centre of their school and university curricula to create poetry, fiction, criticism, polemic, and autobiography that investigated what it might mean to be a man who desired men (or, critically, adolescent boys), and what it might take to imbue that category with a positive social and moral valence. In order to make sense of their own desires, these men often turned—at least initially—to an ideal of classical Greek pederasty, which emphasized age- and status-unequal relationships with some pedagogical content. It was easy for them to find a rich ancient literature celebrating pederastic desire, which their classical educations had granted them the tools to understand—and it was also easy for this intellectual context to dovetail with a conservative, antidemocratic political thought that emphasised hierarchy, elitism, misogyny, and the fetishization of people of colour and working-class people.

On some level, we know this. Certainly, we are used to hearing ill-informed and prejudicial equations of homosexuality with pedophilia. But the centrality of the pederastic ideal to elite conceptualizations of male homosexuality in Britain deserves to be understood on its own terms, not brushed aside as a manifestation of homophobia—or as problematic continued advocacy of sexual relations with adolescents in the present. We do not know as much as we might about how salient the pederastic ideal remained to the thought even of thinkers like Edward Carpenter and E.M. Forster who have been celebrated for their commitment to democracy; and we do not know very much at all about what classical texts these thinkers were reading, how they were interpreting them, and what communities of interlocutors were shaping their views. We know little about whether and how this might be a specifically English (not merely British) story: entwined with the structure and culture of the public schools and Oxbridge, and with elite English men's conceptions of themselves as residing at the centre of a global empire. Scholars are becoming increasingly aware, however, of how hard twentieth-century British homosexual rights activists and scientific experts had to work, over many decades, to distinguish an age-equal, sexual-object-choice-based, congenital model of homosexuality from pederasty. The intellectual bedrock of classical pederasty proved remarkably sticky. This has consequences for how we tell stories about Britain's LGBTQ+ history, and the history of sexuality more broadly, today: it offers a warning about naturalizing a teleology of the hetero/homo binary (or, for that matter, any other conceptual category), and it reminds us that genealogical accounts of identity formation and marginalized communities do not always offer us the personally and politically satisfying stories we may desire. 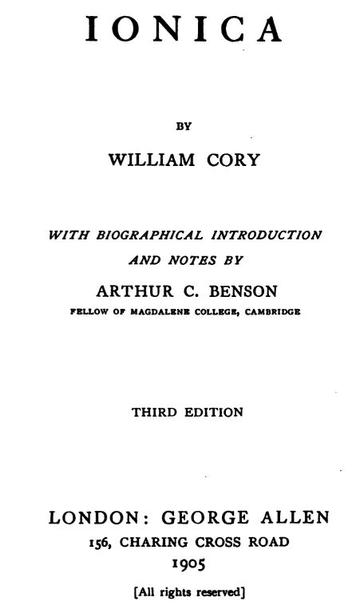 I want to suggest that mapping out these arcs of conceptual continuity and change would not be possible without the methods of intellectual history. Previous work has filled out our understanding of other aspects of the history of male homosexuality in Britain by other methods: social, cultural, legal, political histories; history of science. Queer theory can offer us the frameworks of critical genealogies; biography reminds us with startling clarity that some men like the ones I study really did advocate and pursue sexual relationships with adolescents; all this took place within the context of specific national political, social, and cultural histories. But we cannot do justice to a phenomenon like the continuity of pederasty—and its lack of subjugation and marginalization—in the British case without the tried-and-true methods of intellectual history. It matters not only that an Eton schoolmaster in 1870 desired his 15-year-old students, but also which epigram from the Greek Anthology he drew on to express that desire—and which elite English men were still quoting that schoolmaster's own poetry to one another nearly a century later. One of the first intellectual-historical questions I learned to ask—'But what were they reading?'—will allow historians to bring new clarity and depth to this previously less well understood story.

In the course of working on this project, I hope to make a case for my often eccentric, politically and personally suspect pederasts as proper subjects of history, and of queer history at that: even they deserve more than to be relegated to internal institutional gossip, the ongoing butt of homophobic high-table jokes. And I hope that as intellectual history grows and changes, becoming more open to my work and to other projects like it, it will redound to the greater benefit of the field as a whole, making it a more inclusive, energizing, and rewarding space in which to work.