Do Ideas Matter? Intellectual History and the History of Public Policy

Intellectual historians are often idealists. How else to justify the long hours toiling away on obscure texts except on the grounds that they reveal the history of the ideas that have fundamentally shaped politics, society and culture? Of course, this idealism is often a subtle and pluralistic one, which identifies intellectual shifts as one driver of change among several others. But intellectual historians have been known to make even stronger claims for the importance of ideas than that. In my own field of twentieth-century history, and allied work in politics, the peroration to John Maynard Keynes’s General Theory is often invoked when scholars make the case that, as Keynes put it, ‘the world is ruled by little else’ but ‘the ideas of economists and political philosophers’. ‘Madmen in authority, who hear voices in the air’, Keynes famously wrote, ‘are distilling their frenzy from some academic scribbler of a few years back.’ As he no doubt hoped when he published those words in 1936, Keynes’s own writings are a prominent example of how powerful ideas can reshape political debates and ultimately insinuate themselves within the technocratic imperatives and decision-making calculus of the bureaucratic modern state itself. 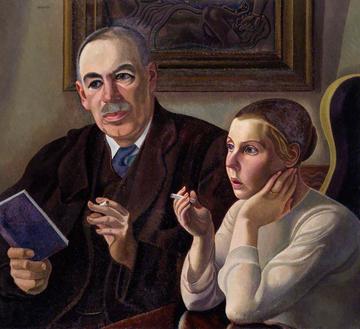 But the history of public policy also poses tricky questions about why certain ideas are taken up by political elites and others ignored, or about why some ideas are neglected for a time before urgently being pressed into active service. In short, it is a field to which intellectual historians are well-placed to make a valuable contribution but also one in which intellectual historians can usefully collaborate with, and learn from, political, economic and social historians (and political scientists, economists, sociologists and so on). Keynes himself observed at the end of the General Theory that the transmission of ideas should be understood generationally, implicitly placing his idealism within some social constraints: ‘There are not many who are influenced by new theories after they are twenty-five or thirty years of age, so that the ideas which civil servants and politicians and even agitators apply to current events are not likely to be the newest.’

The history of the twentieth century and after – which will be my focus here – is rife with examples of major policy changes that deserve an intellectual history as much as they do a political or economic or social one. The bitter conflicts over authoritarian and democratic forms of government; the rise and fall of empires; the emergence of states committed to significant social welfare and economic planning objectives, or to the pursuit of socialism; the later turn to markets in social and economic policy; and the pursuit of greater gender and racial equality. Each of these episodes involved significant ideological arguments and were the product of long political struggles that were conceptual and rhetorical as well as organisational and electoral. The development of what later became labelled as the ‘welfare state’ is perhaps the historiography that has been most deeply enriched by the insights of intellectual historians, including by some notable figures associated with Oxford University. For example, the work of Michael Freeden and Jose Harris, based in Oxford’s Politics Department and History Faculty respectively, has been influential in charting the intellectual shifts that lay behind the welfare state in the United Kingdom. They traced from the late nineteenth century the marked shift away from the more classically liberal understanding of the role of the state that dominated British political discourse towards a more expansive idea of collective provision against the vicissitudes of life. Drawing on idealist philosophy, new economic theories of market failure, pioneering empirical social research, concerns about imperial ‘decline’, and the cultural vogue for viewing society through biological metaphors, British social policy in this period became oriented towards a communitarian perspective that legitimated the introduction of increasingly expansive forms of social provision. One of the distinctive features of the work of Freeden and Harris was that they focused less on individual canonical thinkers and more on the emergence of a broad discourse of welfarism that was produced by groups of writers and activists working together. Analogous work by historians such as Peter Clarke and Robert Skidelsky paralleled the intellectual history of the welfare state by placing the economic theory of Keynes and his disciples in its historical context – a much clearer case of the central importance of the creativity of an individual thinker but also one that fostered inter-disciplinary connections between modern British history, the history of ideas, and economics. 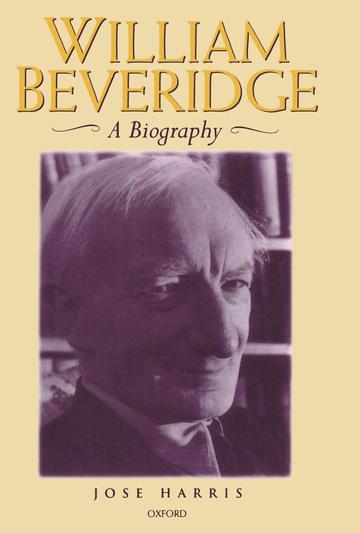 Over the last decade or so, there has been an acceleration of research in a similar vein, further historicising the ideas that influenced twentieth-century public policy. One feature of this work is that it has moved steadily forward chronologically, bringing the late twentieth century firmly within the ambit of intellectual historians. The new history of human rights pioneered by Samuel Moyn is probably the best example of the potential of such an approach. Moyn demonstrated that a historical perspective on even a very recent period of history (he famously identified the 1970s as the critical period in the rise of human rights discourse) could have a dizzying effect on some of our most cherished assumptions and launched an enormous and productive debate that drew in philosophers and lawyers alongside historians. Similarly, Katrina Forrester’s work on the history of recent Anglo-American liberalism has dramatically opened up our understanding of the development of contemporary political theory and its complex relationship to policy debates. This is a field now ripe for further historical investigation, as can be seen in the recent special issue of Modern Intellectual History on ‘The Historical Rawls’ edited from Oxford by Teresa Bejan, Sophie Smith and Annette Zimmermann. 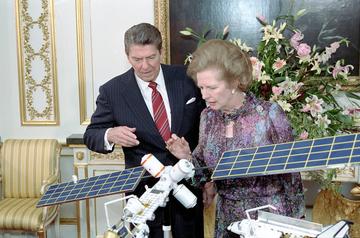 A second characteristic of this recent research is that it has embraced the global and transnational turns, though more remains to be done on this front. The histories of neo-liberalism penned by Angus Burgin and Quinn Slobodian range – like the key theorists of the market turn in public policy – across national boundaries. They have documented the multi-faceted strands of American and European thought that coalesced into the ideology of neo-liberalism in the 1970s and 1980s, in studies that parallel the similar works on the era of transatlantic progressive social reform earlier penned by Daniel Rogers and James Kloppenberg. As Adom Getachew has recently shown, the era of decolonisation requires twentieth-century intellectual historians to work harder at writing truly global accounts of debates about sovereignty, empire and social welfare. Getachew’s pioneering book, World-Making After Empire, brings into focus the ideals of anticolonial thinkers and politicians and their ambitions to reshape global politics in a radically egalitarian direction. Transnational and global themes are also a significant focus of research at Oxford. Martin Conway’s recent panoramic history of democracy in post-war Europe; David Priestland’s work on communist political culture and market liberalism; and Faisal Devji’s research on South Asian and Islamic political thought all stand out as notable examples. 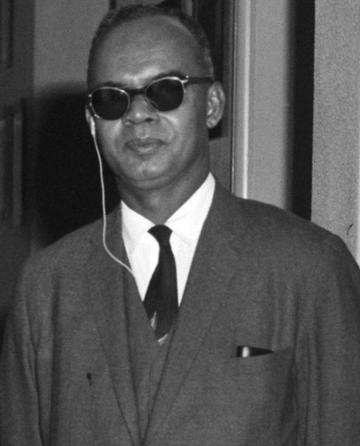 These brief reflections indicate a promising direction of travel for the future of the intellectual history of public policy. But there are also challenges ahead. First, it is fair to say that intellectual historians still encounter scepticism from colleagues who are more inclined towards a high political or institutional or socio-economic explanation of, say, the welfare state. Surely, such sceptics will argue, social welfare provision is a matter that requires attention to the electoral incentives that faced political elites or to the character of state institutions or to the assertion of the organised power of the working class? Intellectual historians would be wise not to deny the validity of such points but instead simply to point out that the history of ideas offers one necessary component of a full account of the development of public policy. However, making that case then invites a further discussion about precisely how to calibrate the role of ideas relative to other explanatory frameworks. That is a move that forces intellectual historians away from their own specialised domain and into conversation with more empirically oriented colleagues in other branches of history and disciplines. It follows that an intellectual history of public policy should strive to be outward looking rather than introverted and to seize the opportunity given by its subject matter to engage with scholars in cognate fields. This is already a feature of the best work in this area, but it does require continued attention at a time when every subfield faces relentless pressure towards ever greater specialisation and contemplation of its own idiosyncratic internal dialogues (or monologues). 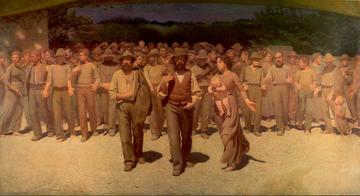 A second, and related, challenge has recently been posed by Amy Offner in her book, Sorting out the Mixed Economy. Among other things, Offner argues that more vernacular economic discourses are unduly neglected in the overly stark narratives that have been created by historians and political scientists about the evolution of policy-making from a ‘mixed economy’ to ‘neo-liberalism’. In her view, too much attention has been paid by scholars to the ‘high’ intellectual history of neo-liberalism at the expense of more influential demotic languages used by businesspeople or management experts. This is an important point, since intellectual historians are instinctively attracted to complex texts as their source material. But if an important criterion for inclusion in an intellectual history of public policy is the practical efficacy of an idea as opposed to its intrinsic theoretical merits, then Offner is surely correct that we need to consider a much wider range of source material that runs beyond the lengthy books and articles that are the intellectual historian’s customary source base. One implication of this point is that work in intellectual history could become more closely connected to social history by according greater attention to the ideologies of grassroots historical actors alongside more conventional elite sources, an approach that has already been exemplified in the history of the Women’s Liberation Movement by Lucy Delap’s work on feminist bookshops.

We hope that the Oxford Centre for Intellectual History will contribute in this pluralist spirit to the growing conversation about how ideas are, as Keynes argued, ‘more powerful than is commonly understood’. There remains plenty of work to be done.