Theories of Race and Empire

A good friend recently expressed deep misgivings about the future of intellectual history. He believed that the subdiscipline had become too centred around a small cluster of themes in the work of ‘great thinkers’. While much of this work has been of great value within the field, he was concerned that it would fail to attract new generations of students and, even worse, have little to say beyond academia. In a period of political turbulence and uncertainty, it is more important than ever to be able to understand present debates, ideas, and institutions in historical perspective. His fear was that intellectual historians would fail to respond adequately to these concerns. The owl of Minerva spreads its wings only at dusk, or perhaps not at all.

I was surprised to hear this. My work focuses on the nexus of ideas associated with race, culture, history, and Europe’s interactions with the wider world. From this standpoint at least the field seems as vital and relevant as ever. Academic interest in these subjects is by no means new, but it has gained greater momentum amid renewed public focus on the impacts of racism and empire. Humeira Iqtidar, Melvin Rogers, and Demetrius Eudell – to name just a few – are engaged in vital work on race and post-colonial thought from the perspective of intellectual history. Recent years have seen the publication of major monographs on European perceptions of non-European peoples more generally, such as Noel Malcolm’s Useful Enemies: Islam and the Ottoman Empire in Western Political Thought, 1450-1750 (OUP, 2019) and Alexander Bevilacqua’s The Republic of Arabic Letters: Islam and the European Enlightenment (Belknap, 2018). In 2018, Jürgen Osterhammel’s landmark Unfabling the East: The Enlightenment’s Encounter with Asia was translated into English (Princeton).  Renewed interest in the history of racial thought is even making inroads within Germany, where academics have traditionally been less interested in intellectual history. At the beginning of 2020, Göttingen hosted the first conference dedicated to the work of the notorious and influential race theorist Christoph Meiners (1747-1810). An edited volume on Meiners’ work and influence will appear next year (edited by Gideon Stiening and Stefan Klingner) – the second book-length work on Meiners since 1945, and the first since Sabine Vetter’s doctoral dissertation, Wissenschaftlicher Reduktionismus und die Rassentheorie von Christoph Meiners (1996).

Several books have garnered significant attention beyond academia.  Priya Satia’s Time’s Monster: History, Conscience, and Britain’s Empire (Allen Lane, 2020) was widely reviewed and offers readers a dynamic overview of the relationship between history-writing and imperial policy from 1735 to the present. Ibram X. Kendi’s Stamped from the Beginning: The History of Racist Ideas in America (Nation Books, 2016) was widely acclaimed and went on to win the National Book Award for Nonfiction. Both books reflect a considerable public appetite for intellectual histories on race and empire. Indeed, neither Professor Satia nor Professor Kendi are intellectual historians by training, indicating the subdiscipline’s appeal to historians more broadly.

2018 also saw the publication of scholar of medieval literature (and poet) Geraldine Heng’s The Invention of Race in the European Middle Ages (Cambridge). This monograph so far seems to have passed largely unnoticed among intellectual historians. Challenging the conventional view that race and racism are exclusively modern phenomena, Heng examines accounts of perceived Others across a range of medieval contexts, from Jews in England to the North American voyages of Erik the Red to encounters with the Mongol Empire. The aversion many scholars have had to classifying such accounts in terms of race is, according to Heng, due to a euphemistic, even condescending perception of the Middle Ages as more curious, benign, and in some sense un-serious than the modern world. Accordingly, ‘the refusal of race destigmatizes the impacts and consequences of certain laws, acts, practices, and institutions in the medieval period…and makes it impossible to bear adequate witness to the full meaning of the manifestations and phenomena they installed.’ (p. 4) 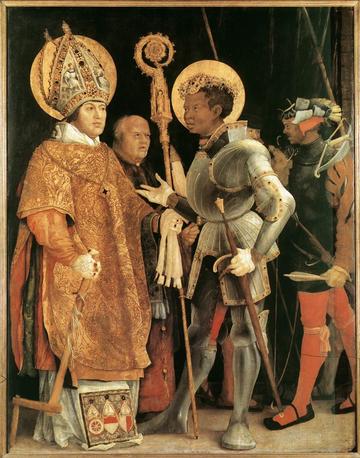 Much of her argument is compelling. Modernists and early-modernists – myself included – should probably exercise greater caution when considering the novelty of the concepts we employ. While some assessments are less convincing than others – such as discussions of the Mongols (pp. 287-416) – many do demand to be taken seriously. She describes, for example, the ‘scientific, medical, and theological treatises’ which insisted that ‘the bodies of Jews differed in nature’ from those of Christians (pp. 15-16). Jews were persecuted not only for being un-Christian, but also for being biologically malignant. Equally, she draws our attention to the association of dark skin with sinfulness and the contemporaneous imagining of pale skin as both white and pure (pp. 16). These notions were used to argue that only epidermal transformation – via divine intervention – could fully redeem the peoples of Africa and the Middle East. Yet even where physiology is less important or wholly missing – as in discussions of the Irish (pp. 38) – it is commensurate with twenty-first century usage to describe such accounts in terms of race and racism. Few of us would insist that current derogatory comments about Muslims, black Americans, and East Asians are somehow not racist so long as they are presented as cultural (rather than biological) phenomena.

The problem is primarily centred on how we conceive of and define race. Building on the work of critical race theorists, Heng argues that race is ‘a repeating tendency’ across historical periods, and ‘[r]acemaking thus operates as specific historical occasions in which strategic essentialisms are posited and assigned through a variety of practices and pressures, so as to construct a hierarchy of peoples for differential treatment’ (p. 27). Accordingly, ‘race is a structural relationship for the articulation and management of human differences, rather than a substantive content’ (ibid.; her emphasis throughout). Heng clarifies that her use of the word ‘invention’ in the title is not intended to mean that race first emerged in the Middle Ages, but rather that the book examines particular instances of racial invention within the period. This clearly contrasts with the views of most modernist historians of race, for whom race is ‘a substantive content’ ­– one that arose through increasingly systematic analyses of human difference sometime between the Scientific Revolution and the late Enlightenment. Such analyses are frequently associated with debates around the treatment by Western European Christians of supposed Others. Thus, heritable, physiological characteristics were identified with supposed intellectual or moral inequalities and used to explain the perceived inferiority of other cultures. Being grounded in concepts and analytical principles that emerged only in the eighteenth (or, more rarely, seventeenth) century, such accounts argue that the construction of race is necessarily modern. 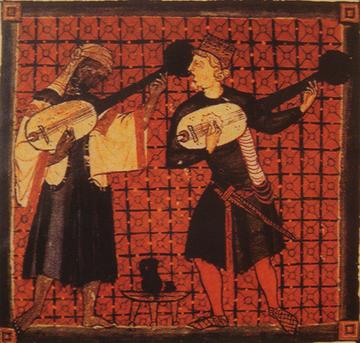 I’m not convinced that these two conceptions of race are as incompatible as they at first seem. Modern race can easily be understood as one instance of the ‘tendency’ described by Heng. The problem would then become whether those of us researching the distinctive forms of post-medieval racial thought should qualify our subject matter with an adjective such as ‘modern’, or whether we believe that it is Heng and the premodernists who should adopt a different term. I am still unsure, but find myself more inclined towards the former – especially in cases such as the medieval biologization of Jewish difference described above. However, as Heng’s definition implies, this answer may well require that we rethink the relationship between modern forms of racism and premodern processes of discrimination. Indeed, the close investigation of the continuities and discontinuities of pre-modern and modern racemaking may yield important insights into long-term themes and currents in European thought. Much of the best work on the Scientific Revolution of the past few decades has explored how the advances of Copernicus, Newton, et al. were intertwined with ideas – such as astrology – now considered pseudo-science. The careful study of earlier racial ideas may well be similarly fruitful.

Recent years have shown that, far from withering away, racism and racist violence remain prominent features of the modern world. From Oregon to Christchurch, this violence is often motivated with reference to racist conspiracy theories like the ‘Great Replacement’ or ‘Cultural Marxism’. Angela Saini has chronicled the continued impact of racist ideas in modern science. Understanding the history of racism is thus an urgent task as we struggle against its modern manifestations. Intellectual historians occupy a crucial position from which to understand the nature of racial thought and its permutations in the model world. Such scholarship is, unfortunately, as necessary as ever.

Morgan Golf-French is a Departmental Lecturer and Special Lecturer in History at Magdalen College, Oxford..