Over the course of the 1670s, the German polymath Gottfried Wilhelm Leibniz (1646–1716) cultivated close relationships with a number of projectors, generally inventors or entrepreneurs who sought the backing of a powerful patron for what they claimed would be a financially profitable, practically beneficial and often prestigious original venture. In fact, he was one himself—this aspect of his life remains as fascinating as it is understudied—and it was perhaps in his interaction with his fellow projectors that Leibniz gained a sense of his own ambiguity. 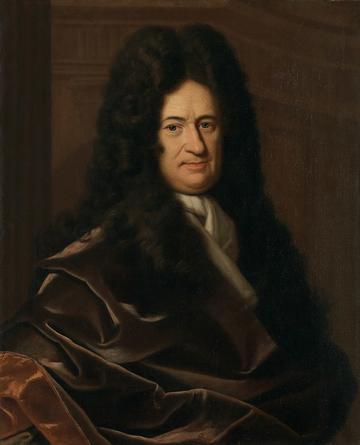 Portrait of Gottfried Wilhelm Leibniz in 1695 by Christoph Bernhard Francke.

Most of Leibniz’s relationships to these projectors were coloured by a strong ambivalence. From the tide of ‘beautiful propositions’ emanating from all corners and saturating correspondences within the European Republic of Letters, only a handful could actually be verified or realized. As Leibniz wrote in 1677 to Duke Johann Friedrich, it was ‘most reasonable that we should mistrust these things, and that we do not believe anything before seeing them’. Still, he argued, although many schemes are intended to ‘deceive’, they should not all be dismissed out of hand, for some might be able to yield ‘rare and extraordinary’ results. Projects and propositions were not to be taken at face value, but ‘examined’ and subjected to a combination of ‘reflection’ and ‘experiments’. 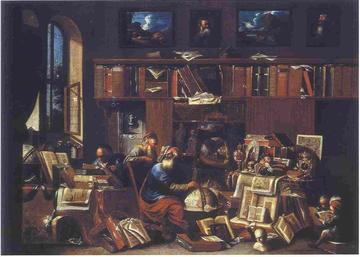 Painting of Philosophers in Study (1700) by Johann Michael Bretschneider.

The German inventor and projector Johann Daniel Crafft (1624–1697) shared Leibniz’s entrepreneurial drive, energy, outlook, and belief that scientific discoveries should yield tangible schemes of improvement for the public good. Over the years, Crafft and Leibniz would collaborate on a number of projects, including the extraction of ore, the manufacture of dye, the reform of coinage, and plans for a sugar distillery company. But while Leibniz was always keen to take advantage of Crafft’s help and extract valuable information from him, he kept his fellow projector at a safe distance.

Another projector whom Leibniz was fascinated by, and would develop a rivalry with, was the alchemist and fellow courtier Johann Joachim Becher (1635–1682). Both Leibniz and Becher believed that philosophers should capture the productive potential of knowledge by exploiting the methods of artisans to transmute raw materials into new sources of revenue for their patrons. Crucially, by bringing these methods within the sphere of the state, they hoped to provide solutions to the economic difficulties that had befallen the German territories in the wake of the Thirty Years’ War, and to land prestigious appointments at court from which they would be better able to carry out their programmes.

Leibniz distrusted most of the projectors he dealt with—such as the French engineer Noel Douceur, who had invented a method for increasing the elasticity of cast iron, and Hennig Brand, the German inventor of phosphorus. He was anxious not to be taken advantage of, and he was prepared to drive a hard bargain with the projectors. He derided their ‘ridiculous pretensions’, remained insensible to their often difficult predicaments, and frequently drove them to desperation. Leibniz’s approach to his fellow projectors was thus fundamentally ambiguous: he admired their discoveries but lamented their unreliability, lack of ‘firmness of character’, and pursuit of glory and money over the common good. 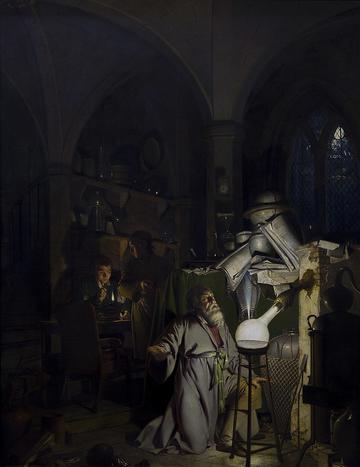 While holding the schemes of other projectors to exacting standards, Leibniz regarded his own projects, including those of a new pumping system in the Harz mines, a calculating machine, and a universal philosophical language, to be not only ‘very reasonable’ but ‘novel’ and ‘remarkable’—just as he himself was, indeed. He took pains to distinguish himself from the mass of projectors by asserting the well-founded nature of his own enterprises. If his projects seemed particularly unusual, it was only because of his unique talents and knowledge. As he wrote in early 1679, his plans were not ‘idle boasts’ (‘fanfaronades’). Rather, they were the by-products of sheer intellectual prowess and the application of his ‘restless mind’, which he claimed had been admired by the ‘greatest intellects in France’.

A reproduction of Gottfried Wilhelm von Leibniz's Step Reckoner (his calculating machine) from the original located in the Trinks Brunsviga Museum in Hanover, Germany.

In his own case, Leibniz suspended his principle that projects should be ‘mistrust[ed]’ and ‘disbelieved’ until they could be examined carefully. For his schemes represented an opportunity that would otherwise be lost if not seized immediately. If not taken up now, as he wrote to Johann Friedrich in March 1679, ‘maybe several centuries would go by before anyone dared to take it up again’, especially since ‘this thought does not come easily and will always pass for chimerical… being of a nature to only be believed by most men when seen’.

And yet Leibniz was more similar to his fellow projectors than he would have liked to admit. Like them, he sought to validate his claims to superior expertise through the material production of various instruments and the realization of a variety of technical schemes, many of which failed. Also like them, he was an individual of liminal status, with an interest in natural philosophy, who sought to instrumentalize a state of epistemological uncertainty to explore the ‘realm of possibilities’ at a time when an openness to experimentation prevailed over any static concept of ‘truth’. In obsessively tracking his fellow projectors’ activities across Europe, Leibniz was also holding up a mirror to himself in an attempt to clarify his own projects and self-perception. By observing others, he sought to gain a better understanding of himself.

Audrey Borowski is finishing her DPhil in History at Queen’s College, Oxford.