Intellectual History and the “Decline of Magic”

This year marks the 50th anniversary of Keith Thomas’s Religion and the Decline of Magic (1971), a book that set the agenda for decades of scholarship on the history of popular belief. Renowned for its rich accumulation of evidence—an approach to history writing beautifully described in Thomas’s account of his own working methods in the LRB—as well as its pioneering fusion of history and anthropology, the book sought to illuminate the logic underlying a set of early modern beliefs that are today “rightly disdained by intelligent persons” (p. ix). Thomas argued that there were good reasons why otherwise intelligent people in the past took these things seriously. Witchcraft, astrology, ghosts, and fairies were firmly anchored in dominant early modern understandings of the world. Moreover, and here Thomas took his cue from the anthropologists, they also served deeply useful functions in insecure societies that were under constant threat of famine, fire, and disease.

But Thomas was also interested in how and why this situation changed. Although he presented his account as “only approximate” (p. 797), it’s a testament to his insight­­ and his influence­­ that many of his broad brush strokes can still be seen in today’s scholarship. This post will outline some recent work in this area, and offer some reflections on how intellectual history might be able to make further contributions despite recent suspicion of the role of ideas in these historical shifts. 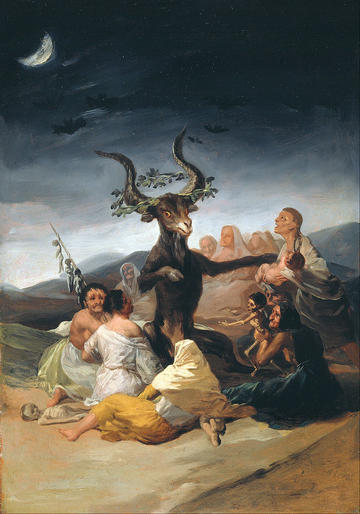 When Religion and the Decline of Magic appeared, its subject matter was a “neglected area of the past” (p. xi). This is no longer the case. Initially bolstered by a scholarly obsession with Max Weber’s ‘disenchantment’ of the world, interest amongst historians in topics like witchcraft and astrology only continues to grow. Although intellectual historians in particular were once enthralled by a grand narrative that presented modernity as disenchanted and European science as the driver of progress, a different story is in development. As the new story goes, scepticism about magical beliefs and practices, which had actually long existed in Christian Europe, slowly came to the fore during the early modern period as a result of social, political, and religious transformations. Caught up in post-Reformation confessional and political struggles, magical beliefs and practices came to be allied with particular groups who eventually found themselves on the losing end. Procedural caution and higher standards for legal evidence, meanwhile, were making witchcraft convictions less likely. Technological and socioeconomic improvements were also rendering some forms of magic less crucial to everyday life. Finally, and perhaps most importantly, a growing, educated class united around mockery of supernatural belief­­—increasingly represented as the preserve of the credulous masses­­—to cement their developing identity. Magic thus became positively unfashionable, ultimately unworthy of a place in polite society. 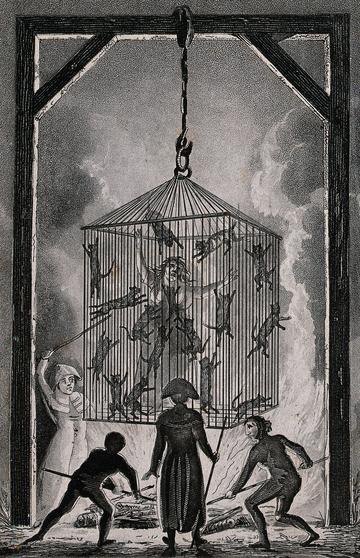 The burning of Louisa Mabree, a French midwife.

Two things initially strike me about this story. The first is that it remains somewhat unclear which of the above aspects were causal, and which were mere corollaries (for recent debate on aspects of this, see this exchange between Michael Hunter and Jan Machielsen). The second is that there seems to be little space here for the role of science or of ideas more generally. As someone who has predominantly worked in intellectual history and the history of science, this is something I find especially interesting. While Thomas left room in his account for the intellectual changes brought about by the scientific revolution—experimentalism and mechanical philosophy—scholarship has happily let go of the idea that ‘superstition’ is a case of arrested development resolved only through scientific enlightenment. Although David Wootton’s The Invention of Science (2015) (admittedly something of an outlier­­) asserts that science “must” be responsible for shifting attitudes to magic, Michael Hunter’s The Decline of Magic (2020) argues that the science of the scientific revolution actually left a lot of scope for supernatural belief. As Charles Webster argued some time ago in From Paracelsus to Newton (1982), “we must look in places other than science for the explanation of these changes” (p. 100).

So if not science, might we turn to other forms of knowledge to explain the ‘decline’ of magic? Perhaps not. It’s one of the arguments of Hunter’s book that “the Enlightenment did not reject magic for good reasons but for bad ones” (p. vii). Hunter muses over a situation in which “people just made up their minds and then grasped at arguments to substantiate their preconceived ideas”. “It is almost as if intellectual change does not really occur through argument at all” (p. 46). Hunter’s reflections seem to dovetail with social science research that’s grappling with post-truth politics. This research has suggested that, despite what we might like to think, people change their minds for the ‘wrong’ reasons all the time. It seems ‘bare facts’ are not enough to persuade the vaccine hesitant, for example. Alex Ryrie’s Unbelievers (2019) takes these insights to the history of atheism, arguing that people believe what they believe not as a result of a chain of reasoning, but as a consequence of emotional responses to lived realities.

This is something that historians of witchcraft have argued for some time, although with an emphasis on politics over emotions. As Hugh Trevor-Roper put it in The European Witch-Craze (1969), “in matters of ideology, it is not generally the ideas which convince” (p. 134). William Lecky made a similar point a century earlier in History of the Rise and Influence of the Spirit of Rationalism (1865): “disbelief always precedes, when it does not prevent, examination” (vol. 1, p. 9). New scholarship continues to point out that Enlightenment arguments against witchcraft were largely the same critiques that had been in play since at least the sixteenth century. 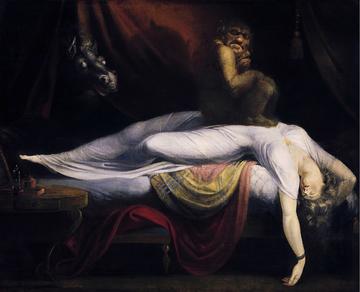 The first is that intellectual historians need to let go of our fixation on decline and disenchantment. Purely intellectualist explanations of magic’s ‘decline’ look even more out of touch in light of the dozens of new studies that cumulatively suggest that, if we look beyond the world of the learned elite, the paradigm of decline collapses. Thomas Waters’ Cursed Britain (2019) is only the most recent in a long series of books that have undermined the fantasy of a decline in real terms (which is, after all, unquantifiable), and have pushed back the diminishing fortunes of magic amongst the middle classes to the twentieth century. Modernity, it turns out, is still resolutely enchanted. Intellectual historians might profitably turn, as has Jason Ā. Josephson-Storm in The Myth of Disenchantment (2017), to tracing the rise and fall of this dying paradigm itself. For those of us who work on earlier periods, it’s useful to think about what it might look like for us to adopt instead metaphors of transformation, fragmentation, displacement, and marginalisation. How might reframing our driving questions help us look at our evidence in new ways? A recent special issue on the ‘Marginalization of Astrology’ (2017), edited by Rienk Vermij and Hiro Hirai, has helped lead to the realisation, paralleled in work on witchcraft, that aspects of astrology were discarded from elite culture piecemeal, rather than all in one go. Employing ‘marginalisation’, for Vermij and Hirai, acknowledges astrology’s ‘weakening position’ in science and politics, without disregarding its continued flourishing in ‘private opinion and popular culture’ (p. 406).

Of course, speaking of the transformation or marginalisation of magic still leaves us with a real problem to solve. To take an example from my own research, how do we account for the fact that astrology, once a standard subject in the arts courses of major European universities,no longer appeared on official curricula in the eighteenth century? What made many of the educated elite change their minds about astrology or magic? This leads me to my second point. Intellectual biography remains a dependable procedure for moving beyond the rational argumentation of printed books (which is indeed often ex post facto justification) and instead tracing the formation and development of beliefs and doubts in individuals. When coupled with tools like bibliometry and the history of reading, we are better able to access the mental worlds of a more diverse range of people. We could also learn much from biographies that pay attention to collective experience, to emotion, and to the body (e.g., Lyndal Roper’s Martin Luther (2016)) in addition to the burgeoning field of the history of emotions more generally (after all, the history of emotions is not the antithesis of intellectual history). Our theories of magic’s transformations are all the richer when populated with the experiences of real people, with all their messy humanness.

Relatedly, it’s also vital to avoid the old fallacy—implicit in the assumption that intellectual history can only speak to elite experience—that uneducated, ‘ordinary’ people had no intellectual life. Not only are ideas and mentalités not mutually exclusive, but scholarship is increasingly pointing to mutual transactions of knowledge between learned elites and ordinary men and women in the early modern period. On the one hand, elite knowledge was increasingly accessible to the middling sort, mediated through sermons as well as cheap print, newspapers and periodicals, and libraries. On the other hand, we should consider how changing ‘popular’ practices contributed to elite attitudes. Declines in witchcraft convictions were at least partly the result of a decline in accusations from middling and lower income social groups, as Brian Levack has argued. 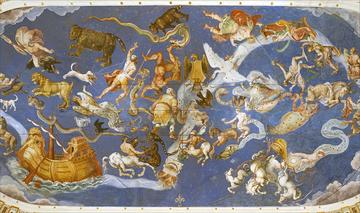 Astrological map at the Villa Farnese at Caprarola (1574).

The final point goes to the supposed stagnation of arguments against magic across multiple centuries. While it’s indeed the case that most basic arguments against, say, astrology, were by the 1700s many centuries old, to dismiss the effectiveness of argumentation on this account is to abstract ideas from their context. The power of particular arguments lies not only in their cogency, but also in a host of social, cultural, and material factors including the character of their author or mediator (see Steven Shapin’s A Social History of Truth (1994) and Anne Goldgar’s Impolite Learning (1995)), and the wiles of their publisher (on magic, see Andrew Fix on Balthasar Bekker). Intellectual historians are well placed to investigate how the re-presentation of arguments could make them more or less compelling in different contexts.

In any case, it’s not quite correct that arguments against magic were entirely unchanged. I would suggest that one key change, and one that has been little studied, was the extent to which theories and practices of magic were increasingly historicised throughout this period. Early modern discoveries about the history of astrology, as I’ve recently argued, jettisoned associations of the art with the biblical patriarchs and contributed to astrology’s cultural rebranding as baseless, pagan superstition. Social scientists might point here to the efficacy of stories in changing minds, but in a more historically-grounded sense this early modern scholarship had the simple yet powerful effect of relegating such beliefs to a primitive and pagan past. Francis Hutchinson’s famous attack on witchcraft was, after all, entitled An Historical Essay (1718). Historicising a belief or practice can make it seem inescapably human rather than an eternal or natural truth, perhaps enhancing the impact of critiques as well as caricatures of the historicised object. Importantly, this historicization could also prop up emerging cultural oppositions between ‘enlightened’ and ‘vulgar’, as the latter could be dismissed not only as unlearned but also as atavistic throwbacks.

In closing, it is salutary to recall that intellectual history is not just the history of persuasion. It’s been some time since our field was interested only in the propositional content of the books of a handful of elite European men, even if our progress here has admittedly been rather slow. The interests, and opportunities, of intellectual history are today far broader.