Open Frontiers: The Future of Intellectual History/The History of Ideas in 2021

Neither partisanship nor insight is required to see that the future for intellectual history or the history of ideas is very bright: the volume of publication swells; journals multiply (Modern Intellectual History, Global Intellectual History, Zeitschrift für Ideengeschichte); and student demand, undergraduate and graduate, mirrors these trends. But what does ‘bright’ mean?

The underlying causes of this pleasing phenomenon are not so simple or triumphalist. A Martian might suppose that the history of ideas was somehow “invented” in Cambridge by John Pocock and Quentin Skinner as the Watt and Arkwright of the 1950s and 60s. But we should look instead to the emergence of a new genre across Western Europe occasioned by tectonic shifts in the intellectual land­scape; a genre that embraced the entire history of ideas rather than the history of political thought alone, as was preferred in Cambridge. The most obvious cause was the need to find substitutes when faced by the relative decline of previous sources of reflection on intellectual tradition: of theo­logy and philo­sophy (hence the creation of “the enlightenment” as an object of study from Cassirer and Hazard onwards); or the waning hegemony of the classics in secular culture (as evidenced by the case of Arnaldo Momig­liano). 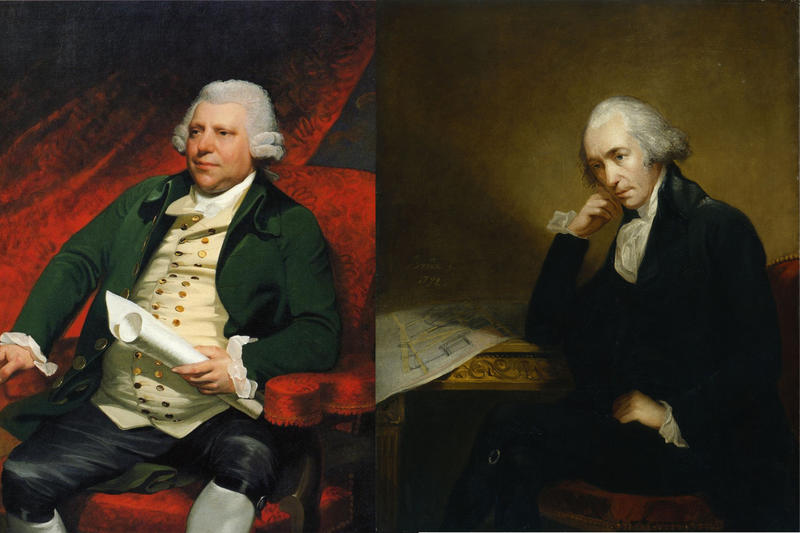 No less important was the very different story attaching to the discussion of politics. I think one cause that has been at work is disillusion with ideas concerning the radical reform or trans­formation of current politics: hence ‘the end of ideology’ c.1960 and its sequel, ‘the end of history’, in 1990. In the British case, Quentin Skinner’s focus on the history of political thought ran parallel to the decline and now collapse of the myth of unique virtues of the ‘Westminster model’ after an innings of more than 200 years. In this respect he may be linked to his Cambridge contemporary, Maurice Cowling, who began in genial disillusion with the high politics of Harold Wilson and ended by writing the history of Religion and Public Doctrine (1980). (Not very good intellectual history, but intellectual history all the same.) The case for disillusion and receding intellectual-political commitment on the Continent and in the US, however different in form, is equally strong, though it must be stressed that the history of political ideas is quite as much a surrogate for contemporary enthusiasm as anything else.

These contexts are obviously relevant in considering the overall profile of intellectual history. As is well-known, the centre of gravity of “the history of ideas” (when it sails under that flag) lies in the period c.1500-1800. Before that date, there is less room because of the retained strength of theo­logical and philo­sophical inquiry and the seamless raiment of the past is less torn into pieces. After it, the history of ideas merges all too easily into the con­cerns of the present day, for disillusion with radical reform is not the same as detachment. The dominance of the present in social and political theory is perhaps predictable for a canonical author such as Max Weber who reaches into the 20th century, but I was sur­prised to find in 2017 that there had never been a purely intellectual biography of Marx. This is not to deny the value of what has been written, but a particular perspective makes a difference. Here then is a frontier which must be kept open. My own experience with Weber has been positive in most respects: a minority of sociologists, lawyers, theologians etc. have genuine historical sympathy and understanding, whilst being the only historian of ideas in a large group means that estab­lishing the personal identity that is so necessary today requires no great labour. Nonetheless, one is in a minority for a reason. The majority simply prefer to be in direct contact with the present rather than to allow that good history – investigation of the past regardless of any connection to the present – might produce good, if not better theory. From their point of view, historical knowledge is ancillary; something that any competent person can pick up and manipulate for themselves. Anything more than that is self-evidently superfluous. So we must keep our end up. 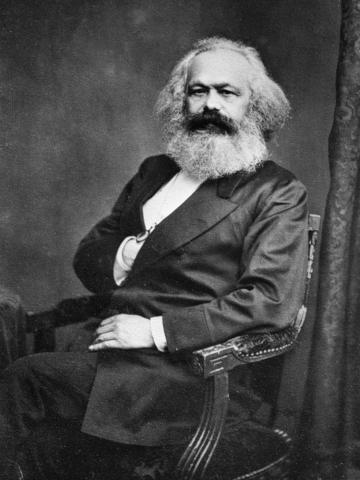 Breadth and openness of view are also relevant when we try to define the history of ideas or give it a title. I’m not aware that much ink has been spilt over the claims of ‘intellectual history’ versus ‘history of ideas’, which suggests a healthy and unfussy outlook. My only concern here is that we should not be snobs. We should be open-minded, and recognise that our place lies within a wider scheme of things. The vast bulk of what is published as ‘intellectual history’ or the ‘history of ideas’ relates to “higher” or more strenuous thought. Hence the recent rise of the ‘intellectual history’ label. In principle this is not too snooty since, as every self-respecting intellectual who writes intellectual history knows, the “higher” thought is nothing without its ability to grasp what lies outside it. But this admission is not sufficient. Whatever it is that “higher” thought grasps, its grasp is not comprehensive, and there are obstinate realities outside it, which condition and determine it.

This obstinacy is peculiarly marked in an English context. The central reality in all English political thought down to the epoch of Pocock and Skinner is not a worked out, theoretical text, but the unwritten ancient const­itution. So Skinner’s hypo­statization of the text as the central focus of study in his version of the history of ideas was (as I have suggested) an act of with­drawal from the English past, and one consequence is that there is no adequate history of English or British political thought from the 18th century onwards, where the constitution features as, at best, a marginal presence. I don’t mean to decry the enormous value of, for example, the collected editions of the texts of “higher” thinkers such as Bentham and Mill, but if you accept my premise, then the conclusion follows. For a different illustration of this point, consider Ross McKibbin’s Classes and Cultures (1998). It contains a matchless account of 20th century English popular culture in a range of areas that are also staples of intellectual history: religion, education, language, literature, not to mention the mass media and their intellectual content. One might not class this as ‘intellectual history’ in a funding application, yet where would intellectual history be if it was unaware of the strength and pro­minence of so-called ‘popular culture’ in the Anglophone world? a culture which embraces all intellectual strata, which informs and sets limits to “higher” thought in a way that it does not on the Continent. John Lennon’s view of political theory in 1960s Britain is as revealing as Skinner’s or Cowling’s:

If you go carrying pictures of Chairman Mao,

You ain’t gonna make it with anyone anyhow.

In principle the history of ideas is a study of all the operations of mind or Geist — and here is another frontier which must be kept open. 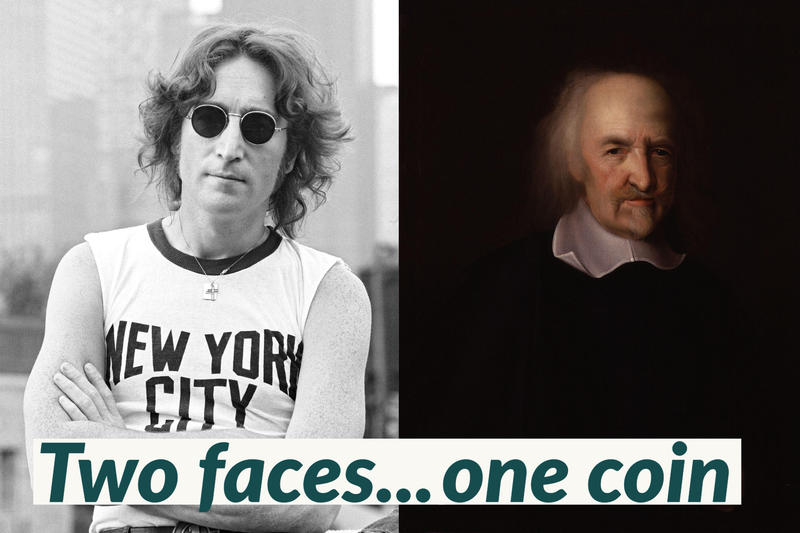 A third frontier that must be surmounted – perhaps the most resistant of all in an English context – is the frontier created by language. The rise of English as lingua franca since 1945 and 1990 may be formally rational, but in our context it is a cancer, above all for that part of the world which speaks English as its first language. It is admirable that we react to this by insisting that linguistic capacity is a necessity in teaching staff, and so we recruit more foreigners to come and live in the “Anglosphere”; but at the same time our education in foreign languages collapses, while the rest of the world increasingly speaks and publishes in English. It stays polyglot, while the Anglosphere becomes ever more monoglot. The horizons of those who live in this sphere – Britain and America above all – are insensibly corroded as a result. Why, it may be asked, do we spend so much time researching Hobbes ? Not because he was part of any English tradition of ideas, but because he writes in English (wonderfully well) and can be made to speak to us today. He is indeed Arkwright’s mule. And why is it that even the min­ority of British and American writers who read French commonly suppose that Constant and de Tocqueville were repres­entative French thinkers ? We should welcome the development of comparative research into ‘parliamentarism’, but we should not lose sight of the fact that the term ‘parlia­mentarism’ was a Continental neologism, designed to convey an alien English peculiarity. The invisible insularity founded on language is perhaps the most insidious of all insularities.

Taken all in all, the future is bright; but the study of the history of ideas is just as much subject to the workings of context as the history it seeks to recover.