The Venture of the Islamicate: The History of a Key Concept in Islamic Intellectual History

My Twitter feed – always a useful indicator of the latest trends in Islamic intellectual history – was recently enlivened by a debate over the concept of the ‘Islamicate’. ‘People declare the death of the term “Islamicate”,’ wrote Edmund Hayes, a historian of early Islam at Leiden, ‘and yet I still see it in new publications. Has there been a renaissance? Do we need it because we are increasingly paying attention to the experience Christians and Jews as full players in the early Muslim empire? Pros/cons?’ 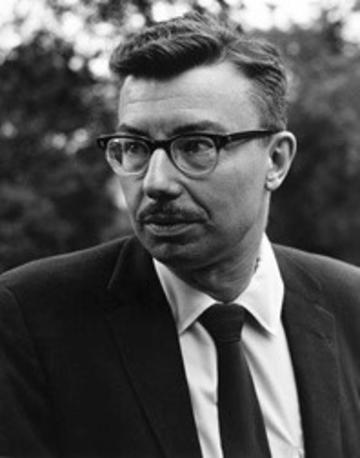 Marshall Goodwin Simms Hodgson (1922-1968), was an Islamic studies academic and a world historian at the University of Chicago.

The concept was the invention of the Chicago historian of Islam Marshall Hodgson (1922-1968), author of the seminal The Venture of Islam: Conscience and History in a World Civilization (Chicago, 1974). In creating the term, Hodgson sought to capture what he saw as the important distinction between religion, on the one hand, and ‘the overall society and culture associated historically with the religion’, on the other. The term ‘Islamic’, Hodgson insisted, ought to be reserved for that which pertained to Islam ‘in the proper, the religious sense’ [his italics] – for instance, theology, or the study of the Shari‘a – while everything else –  philosophy, dream interpretation, art and architecture, languages, poetry, etc. – was ‘Islamicate’, a term patterned on the art historical concept of the ‘Italianate’.

While the stated aim of Hodgson’s conceptual innovation was greater terminological precision – ‘the story of scholarly achievements,’ he declared, ‘can almost be summed up in successive refinements of terminology’ – the distinction between the Islamic and the Islamicate cannot be divorced from his wider historical project. That project was a fundamentally revisionist one. Making an explicit break with the orientalist tradition and what he termed its ‘Westernistic outlook’, Hodgson sought to highlight the creativity and cosmopolitanism of Islamicate civilization and to demonstrate the centrality of that civilization to human history. Castigating the ‘Arabistic bias’ of orientalist scholarship, he aimed to shift attention away from the ‘Shari‘a-minded’ Islam of the Sunni jurists, and to put Sufism, Shi‘ism, philosophy, and the high culture of the ‘Persianate’ sphere in what he regarded as their rightful place at the centre of Islamicate history. 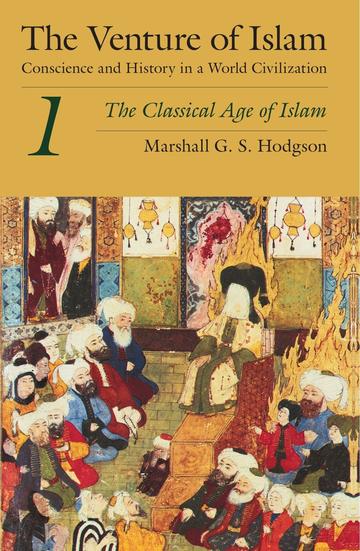 This attitude to Islamic history was influenced, at least in part, by Hodgson’s personal religious beliefs and institutional setting. In volume 1 of the Venture, Hodgson acknowledged that he was ‘personally a convinced Christian, of the Quaker persuasion’. As several scholars have noted, his reading of Islamic history as a majestic ethical and spiritual ‘venture’ cannot be separated from his Quaker belief that the divine light of Christ was present in all of humanity, while his high regard for Sufi mysticism likewise seems to betray the influence of Quaker theology. Nor can we ignore the significance of his career-long affiliation with the Committee on Social Thought at the University of Chicago, where he wrote his doctoral thesis between 1949 and 1951 and which he chaired from 1964 until his premature death in 1968. The Committee’s emphasis on interdisciplinarity, ‘great books’, and what the Chicago historian Daniel J. Boorstin called ‘a common humanity in a Common universe’ pervade the three volumes of the Venture. By helping him draw attention to what he saw as most intellectually attractive, culturally diverse, and universally significant in the Islamic heritage, the concept of the Islamicate, it can be argued, enabled Hodgson to portray Islamic history in a way that was consistent with these personal affiliations and institutional aims. 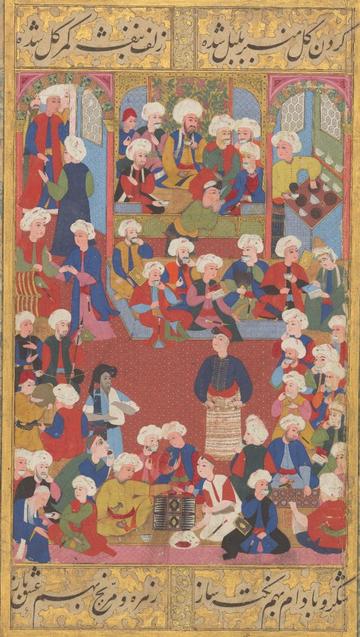 Though not published until six years after Hodgson’s death, the Venture would become hugely influential in Islamic Studies. Originally written as an undergraduate textbook, it would be widely used as such in Islamic history courses at American and European universities (including Oxford). With this has come a widespread adoption, if not of all of Hodgson’s conceptual innovations (neologisms like ‘Islamdom’, ‘Islamics’, and ‘Nile-to-Oxus region’ are rarely used), then certainly of the concept of the Islamicate. This is particularly true among intellectual historians of the Islamic world. Two of the best recent books in Islamic intellectual history, Enver Binbas’s Intellectual networks in Timurid Iran: Sharaf al-Dīn ʻAlī Yazdī and the Islamicate Republic of Letters (Cambridge, 2018) and Sarah Stroumsa’s Andalus and Sefarad: on Philosophy and its History in Islamic Spain (Princeton, 2019) employ the concept, which has, moreover, become institutionalized. There is now a journal, published by Brill, titled The Intellectual History of the Islamicate World, an MA at the Freie Universität Berlin on ‘Intellectual Encounters of the Islamicate World’, and an ‘Islamicate Book Reviews’ YouTube channel (run by my Oxford colleague Usaama al-Azami). 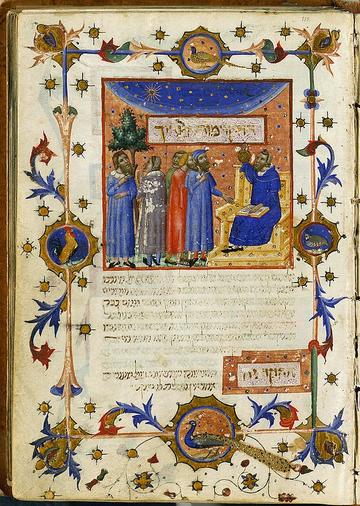 A page from a 14th century manuscript of a Hebrew translation of Maimonides' 'Guide'.

Nevertheless, the dominance of the concept is by no means total. While one of the advantages of term, highlighted by Hodgson and in Ed Hayes’s recent Tweet, is that it can be applied to non-Muslim thinkers such as the great Jewish thinker Moses Maimonides, the term seems to be rarely used by Jewish Studies scholars, at least those who haven’t received formal training in Islamic Studies. Even Sarah Stroumsa, in her earlier book Maimonides in his World: Portrait of a Mediterranean Thinker (Princeton, 2009), which aims to highlight the relevance of Maimonides’ Islamic context to this thought, prefers to call Maimonides a ‘Mediterranean thinker’ rather than an Islamicate one. Some scholars, particularly those writing for a more general readership, also shy away from the term on the grounds of its awkwardness and general unintelligibility – a point recognized by Hodgson himself, who insisted that ‘the historian, like the philosopher, has a special obligation to be intelligible to the layman because of the human immediacy of the questions he is dealing with’.

More seriously (and here we come to talk of ‘the death of the Islamicate’), Hodgson’s conceptual distinction between the Islamic and the Islamicate has recently come in for detailed criticism in the late Shahab Ahmed’s much-discussed What is Islam? The Importance of Being Islamic (Princeton, 2016). Ahmed’s goal, like Hodgson’s, is nothing less than to overhaul our understanding of what it means for something to be ‘Islamic’. For Ahmed, art, poetry, philosophy, and even wine-drinking are all important ways of expressing the meaning of Islam. Hodgson’s concept of the Islamicate, he therefore argues, is based on a false distinction between the religious and the cultural, and an arbitrary identification of ‘the religious’ with individual spiritual experience and piety, which Ahmed connects to Hodgson’s Quakerism. Ahmed also rejects the application of the term ‘Islamicate’ to non-Muslims such as Maimonides on the grounds that, from an Islamic perspective, the contributions of non-Muslims can indeed be included within the domain of the ‘Islamic’, the Qur’an itself recognizing Judaism and Christianity as distorted forms of true Islam. 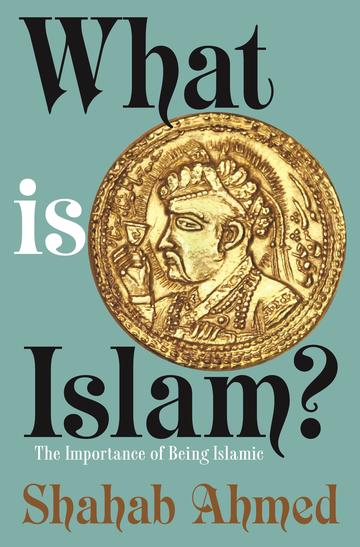 Ahmed’s twenty-page critique of Hodgson is forcefully argued and at times difficult to counter. Yet it is also rather unfair. Far from uncritically perpetuating a crude dichotomy between the religious and the cultural, Hodgson acknowledged that ‘it is not possible nor, perhaps, even desirable, to draw too sharp a line [between the religious and the cultural], for (and not only in Islam) to separate out religion from the rest of life is partly to falsify it’. What’s more, though it’s true that Hodgson’s view of Islam was influenced by his own Quaker beliefs, key concepts in the academic study of religion, such as Rudolf Otto’s notion of the numinous or Émile Durkheim’s and Mircea Eliade’s distinction between the sacred and the profane, are as important to the intellectual genealogy of ‘the Islamicate’ as the Quaker doctrine of the universal light of Christ. 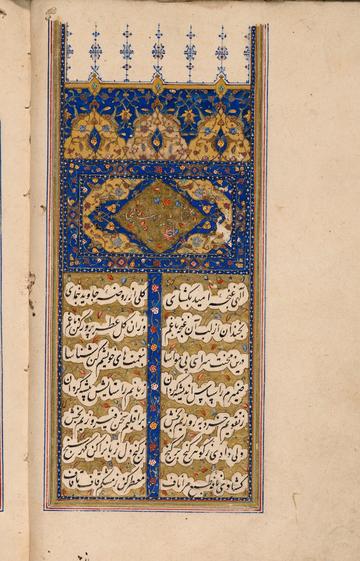 More to the point, to my mind at least, Hodgson’s distinction between the Islamic and the Islamicate remains useful, particularly when talking about non-Muslim thinkers and trends. Despite what Ahmed says, it feels awkward and wrong to describe a non-Muslim such as Maimonides as an ‘Islamic thinker’. For one thing, Maimonides, who was often harshly polemical when writing about Islam, would certainly have rejected this as a description of himself. The term ‘Islamicate thinker’, by contrast, captures the immense influence of Islamic culture on Maimonides’s philosophy, without subsuming it into Islamic thought.

The long-term effect of Shahab Ahmed’s critique of Hodgson on the field of Islamic intellectual history remains to be seen. If anything, interest in Hodgson’s life and work has only increased in recent years: 2018 saw the publication of the edited volume Islam and World History: The Ventures of Marshall Hodgson (Chicago, 2018), while Benjamin Schewel of Duke University has been doing interesting work on Hodgson as a philosopher of history. Given the profundity of Hodgson’s insights and the breadth of his vision, this sustained interest in his work is something to be celebrated. While we may be able to do Islamic intellectual history without the concept of the Islamicate, there is still much to learn from The Venture of Islam.

Fitzroy Morrissey is an Examination Fellow at All Souls College, Oxford.