Unlike Spanish America, which split into a series of states, Portuguese America remained a single polity after independence: the Brazilian Empire (1822–1889). Describing this unity as a fait accompli, however, obfuscates the tribulations of the early Brazilian state, and the malleability of postcolonial state-building and national identities. The Farroupilha Revolution of 1835 illustrated the fragility of that postcolonial settlement because it culminated in the creation of a short-lived state in Brazil’s southernmost province, Rio Grande do Sul. Founding a new state, of course, required some legal justification, and thus the rebels turned to Swiss jurist Emer de Vattel’s (1714–1767) The Law of Nations (1758). This move requires further explanation, and raises questions regarding the rebels’ transnational and intellectual entanglements. 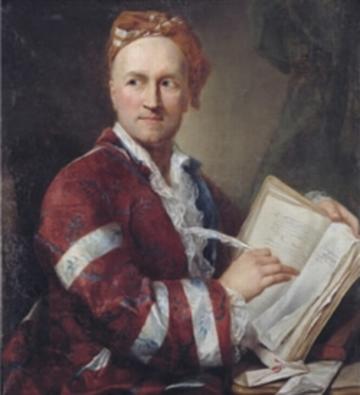 The Farroupilha Revolution broke out at a turbulent time for the Brazilian monarchy. A regency had ruled Brazil since 1831, for Dom Pedro II (1825–1891) was only six years old when his father abdicated. Numerous rebellions had developed during this period, expressing provincial discontent with the monarchy’s centralised rule. Rio Grande do Sul’s uprising was no different. Powerful land and slave-owners at the head of a small army toppled the provincial government, demanding greater local autonomy and protective tariffs for their main produce, salt beef. Their metropolitan opponents described them as farroupilhas (‘tattered’), a derogatory term for liberals with federalist inclinations. As the conflict escalated, the rebels declared their independence in 1836, creating the Rio Grandense Republic. This state lasted until 1845, when military defeat was followed by Brazil’s reincorporation of the territory. Whether the farroupilhas originally intended to establish a republic remains a hotly debated topic, but it sets this episode apart from contemporary provincial revolts.

Beyond establishing a working bureaucracy and a standing army, however, the farroupilhas still had to legitimise their actions. Legal justification for secession was pivotal in securing international recognition and, in the case of defeat, avoiding criminal prosecution. While negotiating a ceasefire in 1840, the republic’s first president and local grandee Bento Gonçalves (1788–1847) addressed this problem. He posed the rhetorical question ‘whence came this law of nations?’, which formed the basis of his argument. He invoked Vattel as the answer. Accordingly, he proceeded to argue that it did not matter that Rio Grandenses shared a language and customs with other Brazilians, only that they had been able to establish ‘a government… which has neither arbiter nor superior over the earth’, and to wage ‘regular war’ against the Brazilian government. Those achievements should lead Brazil to recognise the conflict not as a ‘rebellion’, but as a ‘civil war’, ‘breaking the ties of society and government… [giving] birth in one nation to two independent parties’. This meant the farroupilhas could neither be accused of criminal behaviour, nor of disobeying their sovereign, since they no longer recognised the Brazilian government as such. 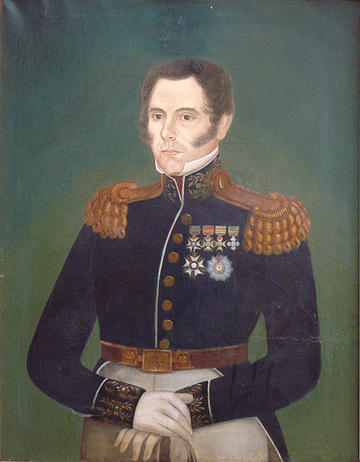 Establishing the de facto independence of Rio Grande do Sul also allowed Gonçalves to bend notions of nationality. Rio Grandenses were once part of the ‘Brazilian family’, but now they were ‘two nations in contestation’. Here, Gonçalves was juxtaposing the common understanding of one’s province as one’s pátria (‘fatherland’), and Vattel’s definition of a nation as a discrete body politic. The republican government headed by Gonçalves, therefore, was not only representative of the pátria (as opposed to previously appointed governors), but indeed ‘democratic’—a contested claim then and now, not least due to their slave-holding. Identifying the province as a discrete nation also furthered his separatist argument, once again following Vattel. The Brazilian Empire had a duty of care towards the Rio Grandense pátria, but it had failed on account of alleged abuses and bad government. On a previous proclamation, for instance, Gonçalves had accused the metropole of treating Rio Grande do Sul as ‘the Empire’s inn’, referring to the use of Rio Grandense human and material resources in waging wars against the River Plate revolutionaries. 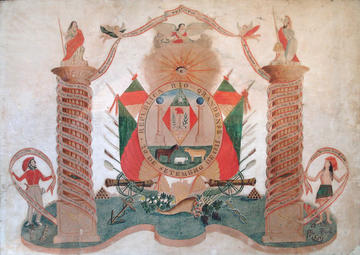 Contemporary Rendition of the Revolutionary Flag of Rio Grande do Sul

The deployment of Vattel’s The Law of Nations did more than provide the farroupilhas with an appeal to authority. It followed a reappraisal of Vattel’s opus after the 1815 Congress of Vienna, especially among exiled Italian revolutionaries concerned with the fate of Europe’s small states. This raises intriguing questions of intellectual transmission and influence, as one such exiled Italian community existed in Rio Grande do Sul. Tito Livio Zambeccari (1802–1862), for instance, acted as Gonçalves’s personal secretary, while Luigi Rossetti (1800–1840) edited the Republic’s official newspaper, and Giuseppe Garibaldi (1807–1882) led their makeshift navy. Their precise influence within the farroupilha movement is yet another sensitive historiographical debate and additional work is required to establish whether someone like Zambeccari introduced Gonçalves and his associates to The Law of Nations. Nonetheless, this employment of Vattel’s writings points to the enduring significance of legal and political argumentation amidst a conflict sometimes disregarded as a tax revolt.

Andre Jockyman Roithmann is reading for a DPhil in Modern History at Wolfson College, Oxford.