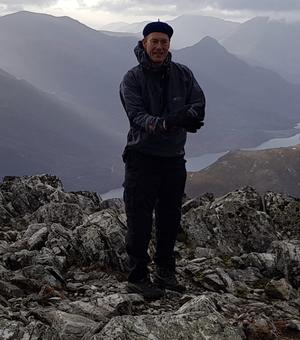 Dr Michael Drolet is Senior Research Fellow in the History of Political Thought, Worcester College. He is an intellectual historian with interests in 18th, 19th, and 20th century French philosophy, and French political, social, and economic thought. He has written widely on French liberalism, French Romantic Socialism, and contemporary French thought. He is author of Tocqueville, Democracy and Social Reform (2003), The Postmodernism Reader: Foundational Texts (2004), and, with Ludovic Frobert (CNRS-ENS-Lyon), is writing a book on the economic thought of Jules Leroux (1805-1883) and a book on the political, social, and philosophical thought of Pierre Leroux (1797-1871). He is also writing a book on the Saint-Simonian and statesman, Michel Chevalier (1805-1879).

Michael’s interest in 18th and 19th century French thought extends to a wide range of topics including the interface between science, technology, and political, social and economic thought. He is a member of Writing Technology/The Technology of Writing: An interdisciplinary early modern network and is co-organiser with Ludovic Frobert (CNRS-ENS-Lyon), Thomas Bouchet (Centre Walras, Université de Lausanne) and Marie Thebaud-Sorger (CNRS-CentreAlexandre Koyré, EHESS) of the Encyclopédie Nouvelle project, an interdisciplinary project that examines the relationship between knowledge, science, and political and social practices, exploring how the locus of knowledge is a politically contested domain.

Michael is also interested in competing conceptions of humanity’s relationship with/to nature, and is animated by questions pertaining to how eighteenth- and nineteenth-century scientists, inventors, engineers, economists, and political and social thinkers understood humanity’s relationship to nature, and engaged with issues around industrialisation and its impact on the natural environment.