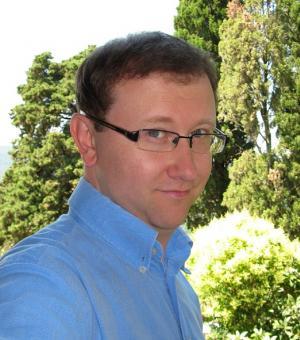 My research interests are in material culture and everyday life in medieval and early modern Britain and Europe, in the intellectual and social history of Britain and Europe between 1350 and 1650, in the European nobility and gentry and in the history of central and eastern Europe. I am a researcher on the ESRC-funded project Everyday Life and Fatal Hazard in Sixteenth-Century England and on the Leverhulme-funded and Cambridge-based Living Standards and Material Culture in English Households, 1300-1600. I have also contributed to the Jagiellonians: Dynasty, Memory and Identity in Central Europe funded by the European Research Council. I am currently completing a study of political thought and political practices in the Polish-Lithuanian Commonwealth. Research carried out for the ESRC project has taken me in the direction of social and economic history, and I have been collaborating with the Cambridge Group for the History of Population and Social Structure. I also have a great interest in education on all levels. I am a Fellow of the Higher Education Academy and I have primary and secondary school teaching qualifications.

Modern historiography pays relatively little attention to the lives of ordinary men and women other than in the context of big economic or religious changes, dramatic social or political developments, or meta-problems. It also does not take full advantage of the great wealth of information about both ordinary and rare and luxurious objects designed, created and used by our ancestors. My research focuses on the experiences, actions and habits of the common man in the late-medieval and early modern Britain. It also analyses the material culture of home, workplace and leisure and generally the material ‘context for lived experience’ of those outside the political and social elite.

One of the principal tenets of modern historiography is the existence of a deep social and economic divide between the eastern and western parts of Europe, with a consequent polarity and incongruity in the sphere of political theory and political culture. It has been argued that, starting in the late Middle Ages, the region commonly referred to as east-central Europe (and Poland-Lithuania in particular) followed its own path of development, that its contribution to European culture was relatively modest, and that at its core it remained relatively unaffected by the civilizational achievements of the West. In my research I test the validity of these assertions by comparatively examining political thought and political culture in polities representing both the east and the west of Europe. I look at key concepts and ideas present in late medieval and sixteenth-century political, constitutional and legal discourses, and study their origins and evolution, how they related to the existing socio-economic structures, and how they were used by thinkers and politicians to understand and explain politics and social relations.