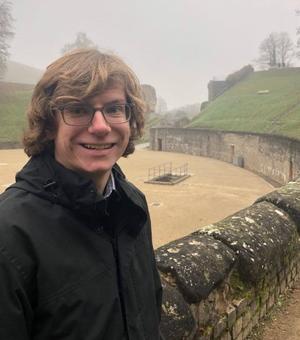 'Translating the Saints of Brittany: The Cult of Breton Saints in Northern France in the Tenth and Eleventh Centuries'

My research investigates the cults of the saints whose relics were translated out of Brittany in the tenth century and how these saints were incorporated into the religious life of the abbeys of northern France. How did French monks and clerics respond to the saints of what Andrew of Fleury called 'a savage people'? To understand how the cult of these saints developed I examine a range of questions. How did monasteries treat the relics of Breton saints and what effect did this have on how monks viewed these ‘foreign’ saints? How did communities explain how they had come to be the guardians of these relics? And how were the saints commemorated in the liturgy and remembered in hagiography?

Previous scholarship has generally focussed on the exodus of saints from Brittany in this period, accepting hagiographical account of flight from Vikings at face value and failing to consider later developments in their cults. As well as nuancing and complicating the narrative of tenth-century flight my research sheds light on how connections between Brittany and northern France developed in the tenth and eleventh centuries and what happened to the cultural and religious traditions which accompanied the saints of Brittany to their new homes. Through a study of the Breton saints of northern France I hope to demonstrate the variance in and richness of the medieval veneration of the saints.

I am co-funded by an OOC AHRC - University College Scholarship and the Clarendon Fund and previously studied for my BA and MPhil in the department of Anglo-Saxon, Norse and Celtic at the University of Cambridge.