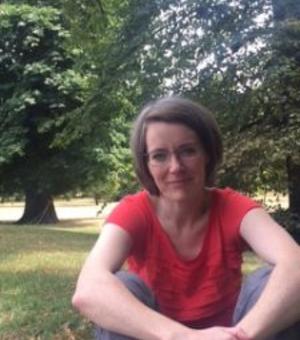 Patricia Owens is Professor of International Relations and Director of the Leverhulme Research Project, Women and the History of International Thought and is a Co-Investigator on a Danish Council for Independent Research project.

She was the Visiting Kathleen Fitzpatrick Professor in the Laureate Research Program in International History at the University of Sydney; a former fellow of the Radcliffe Institute for Advanced Study at Harvard; Seton-Watson Research Fellow at Oriel College, Oxford; the Jane Eliza Proctor Research Fellow at Princeton; a Visiting Professor at UCLA; a post-doctoral fellow at the University of Southern California, and a Visiting Scholar at UC-Berkeley, supported by a grant from the Social Science Research Council.

Her most recent book, Economy of Force (Cambridge) won the 2016 Susan Strange Prize for the Best Book in international studies, the 2016 International Studies Association Theory Section Best Book Award, and was Runner up for the 2016 Francesco Guicciardini Prize for Best Book in Historical IR.  Research for the book was supported by a competitive fellowship at the Radcliffe Institute for Advanced Study, Harvard. Patricia's frst book was Between War and Politics: International Relations and the Thought of Hannah Arendt (Oxford University Press, 2007)

Owens was co-editor of European Journal of International Relations between 2013 and 2018 and is co-editor of the leading undergraduate textbook in IR, The Globalization of World Politics (Oxford, 2019), now in its 7th edition and translated into Arabic, French, Korean, Polish, Greek, Turkish, Slovene, Hungarian and Macedonian.

During 2018, Patricia was a consultant for the European Commission on a project to increase dialogue between academia, policy Director-Generals and the Joint Research Centre to shape a post-Lisbon narrative of citizen-engagement, particularly drawing on the thought of Hannah Arendt. The project built on a mix of philosophy, political theory, linguistics, and economics (CT-EX2017D305961-101-1)

In Spring 2022, Patricia will co-curate a Public Exhibition, 'Women Thinkers of the International', at the LSE Library in London, with the opening to coincide with a major international conference.